Tim Berners-Lee, the creator of the technology that became the World Wide Web, had a dire birthday wish for his creation today. Power on the web has become concentrated in the hands of a few companies, making it possible to weaponise his creation at scale.

The World Wide Web turned 29 today, depending on how you measure it.

Some might measure it according to the day the first web page was published, which was info.cern.ch on 6 August 1991. Berners-Lee's measure is the only one that matters, though, and he counts the birth of the web from the date he submitted a proposal to his boss at CERN for a new information management system, on 12 March 1989.

Initially proposed to help CERN keep track of all the information that was constantly going lost as researchers came and went at the institution, the web, on the back of a growing Internet, would become the nitrous oxide in the engine of the information revolution.

While 29 isn't really seen as a significant birthday, this year will be a milestone for the web. For the first time, more than half of the world's population will be online, Berners-Lee wrote for The Guardian.

But, he wonders, are we sure the rest of the world wants to connect to the web we have today?

Stepping into the trap I often find myself in, Berners-Lee reminisces about the good old days of the web.

The web that many connected to years ago is not what new users will find today. What was once a rich selection of blogs and websites has been compressed under the powerful weight of a few dominant platforms. This concentration of power creates a new set of gatekeepers, allowing a handful of platforms to control which ideas and opinions are seen and shared.

What goes unsaid is that people chose their own gatekeepers. No-one holds a gun to your head and forces you to visit Facebook and Twitter every day.

Maybe the web is as open as it has ever been. Anyone can buy a domain, launch a website, and promote themselves and their work. Maybe discovering new things online is easier than ever thanks to the likes of Google, Facebook, Twitter, and Reddit.

But maybe there is also far more stuff out there than there was before. We're connecting half the world's population to the Internet for the first time this year, after all.

How many new people have come online with their own voices who want to be heard? Democratising the web means adding even more noise to an already noisy system. Someone, or a group of someones, has to try and filter that for the rest of us.

Echo chambers are an issue, but weren't they always? Didn't we always tend to hang out and listen to people who are similar to us? Or is the real problem here the scale of the echo chamber and the sheer reach a handful of commentators might have through a significant global audience? 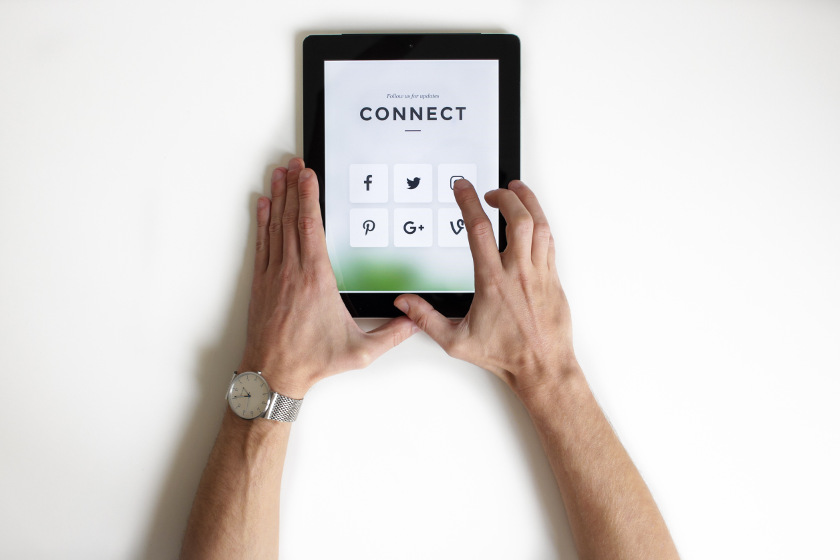 These dominant platforms are able to lock in their position by creating barriers for competitors. They acquire startup challengers, buy up new innovations and hire the industry’s top talent. Add to this the competitive advantage that their user data gives them and we can expect the next 20 years to be far less innovative than the last.

It's true that the dominant players today have the most weight to throw around. They have also proved that if you're big enough, even when a competitor has better ideas out first, that does not mean people will use them. Why come up with your own ideas when you can just copy Snapchat?

If given enough reason, though, people do move. Slowly at first, then all at once.

Every time WhatsApp does something that makes people angry, there is a surge in sign-ups for competitors just waiting in the wings to take its place, like Telegram and WeChat. There is always the threat that if WhatsApp doesn't meet people's needs anymore, irritates them, or makes them angry enough, that they can move on to the next best offering.

Other platforms, like Facebook, don't appear to have as much competition. It would be dangerous for them to believe that, though.

As more ordinary people get in trouble for what they say on social media, it is entirely conceivable that they will start migrating from the public social web, like Facebook and Twitter, to platforms that are inherently private. Facebook has hedged its bets nicely there, owning Instagram and WhatsApp, but its dominant position may not be as entrenched as it seems.

When more sharing starts happening in private online groups, suddenly everyone doesn't have to use the same platform anymore to talk to the people they care about. Your friends might prefer WeChat because it's been integrated into your school or university. Your family might be on WhatsApp, your colleagues on Slack, and your gaming buddies are probably on Discord.

What’s more, the fact that power is concentrated among so few companies has made it possible to weaponise the web at scale. In recent years, we’ve seen conspiracy theories trend on social media platforms, fake Twitter and Facebook accounts stoke social tensions, external actors interfere in elections, and criminals steal troves of personal data.

We’ve looked to the platforms themselves for answers. Companies are aware of the problems and are making efforts to fix them – with each change they make affecting millions of people. The responsibility – and sometimes burden – of making these decisions falls on companies that have been built to maximise profit more than to maximise social good. A legal or regulatory framework that accounts for social objectives may help ease those tensions.

This is Berners-Lee's larger point, and it is true. Whether laws and regulation are the answer, I'm not so sure.

When it looked as though Microsoft would dominate the corporate and home computing space for ever, European regulators stepped in. They dolled out heavy fines and forced Microsoft to allow people in the EU to choose their media player and browser.

In the end none of that mattered. It couldn't save Winamp (maybe nothing could), and Internet Explorer didn't lose its grip as the dominant browser thanks to regulation. It was undone by competition—something Microsoft might not have expected—from the company which had the most to gain from browsers being better. Google Chrome forced Microsoft to take web standards seriously where neither Firefox nor Opera could.

Even when Steve Jobs held aloft the first iPhone, who would have predicted that Microsoft's former arch-rival would make the focus on desktop operating system market share seem silly?

In short, Mr Berners-Lee: I'm glad you're worrying about this stuff, but don't worry too much. If the relentless march of technology has shown us anything, it's that today's Big Bad Monopoly is tomorrow's Yesterday's News.