UPDATE - It is official! After weeks of teasers and leaks ahead of PAX East 2019, Gearbox finally delivered the Golden Key and revealed that we are getting Borderlands 3. The excitement was palpable, the masses are happy.

There were some worries from fans that 2K would pressure its developer into making a Borderlands battle royale game. However, Gearbox co-founder, CEO and president Randy Pitchford has confirmed that they are not making Borderlands 3 into yet another battle royale title.

We want crazy guns, silly dialogues, madness in everything. (GUNS WITH LEGS!) I fell in love with the Borderlands series by playing 2 first, then going back and playing 1, 2, The Pre-sequel, and Tales from the Borderlands. I love the feel of the game, the sounds, the silliness, it makes me happy on a very deep level.

And guess what, after watching the PAX trailer, we are getting it! Its pure madness, it is Tiny Tina grown up, it is hopefully Moxie, Mordecai, Sir Hammerlock, Ellie, Scooter and obviously no Borderlands game is complete without Claptrap.

Thanks to few deleted tweets we have 13 September 2019 as a possible launch date (lets see if they confirm this later today).

This has also been confirmed by a leaked advert that has the Epic Store logo (not that this is new news, we have heard before that BL3 will be an Epic Store exclusive – so deal with it.)

As of today the cover art has been leaked all over, as well as the characters that will be playable: Moze, FL4K, Amara, Zane

We also have a couple of reveals on twitter:

And I will just leave the videos that we have all seen all over here as well, just because you can never watch them enough times!

The trailer and the teaser contain more easter eggs than you can count, with the teaser even including a SHiFT code that grants a few golden keys and unlocks the community skin for Salvador the Gunzerker.

During the teaser video, a dot starts pulsing in the top left corner. It spells out "Count the Sirens" in morse code.

After that, another message appears in braille along the bottom right of the video which (apparently — I don't read braille) says "Like, Follow, and Obey."

That SHiFT code I mentioned before? It's C35TB-WS6ST-TXBRK-TTTJT-JJH6H. Unless you go through the video frame by frame it's impossible to catch.

Information about what to expect from Borderlands 3 was posted online days before the PAX East event. While it was not possible to establish the credibility of the anonymous source of the information, many of the details have proven to be true.

Here is what was predicted/leaked:

And it is officially available on the Epic Games Store site.

You can pre-purchase any of the following editions, which all include the Gold Weapons Skin Pack:

According to Kotaku the game will only be an epic exclusive until April 2020. It will also be available on the PS4 and Xbox One. 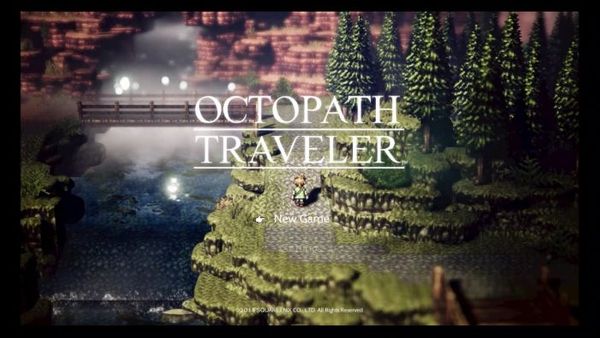 A PC listing for the Nintendo Switch Exclusive Octopath Traveller has been spotted on the Korean Ratings Board.