First revealed back in May 2017 the anime inspired action RPG code vein will release on the 27th of September. 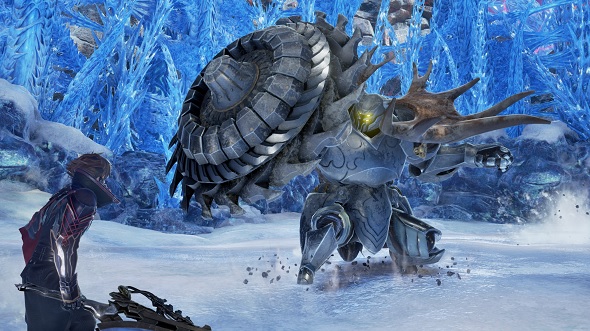 Code Vein was announced last year During May, as a full blown Co-op game thats another take on the Demon/Dark Souls/bloodborne formula bar a few twists along the way.

It is a striking looking title but its going to have a hard time releasing in the blockbuster season alongside announced titles like Shadow of the Tomb Raider, Battlefield, Spiderman and the collossal Red Dead 2 that will drop less than a month later and there's more unnanounced ones from E3 thats also probably going to also fall into that release window.