Danger. Darkness. Dwarves. These three words form the subtitle of Deep Rock Galactic and give you a clue as to what to expect in this 4-player sci-fi co-op shooter taking place in procedurally generated and 100% destructible caves on an extremely hostile alien planet.

Danger
The premise is simple. You and up to three other players are a party of dwarven miners seeking out the rich mineral deposits to be found on a hostile, bug infested planet. To do this you need to go deep down below the surface into the varied and twisting caverns. Danger awaits as these caverns are home to the Glyphids, vicious insectoids who stalk the rock tunnnels. The Glyphids will attack in small groups or in large waves, biting, clawing, spitting and even exploding! On top of that you need to watch you step as fall can prove equally treacherous.

In the caves you will perform a variety of missions: ore collection, egg harvesting, salvage operations, or elimation of the giant glyphids below. Each cave is procedurally generated so you never do the same exact mission twice. After completing your objective you can call in the drop pod for extraction, but you can't dally in making your way to the extraction point, time is limited and the Glyphids are closing in... 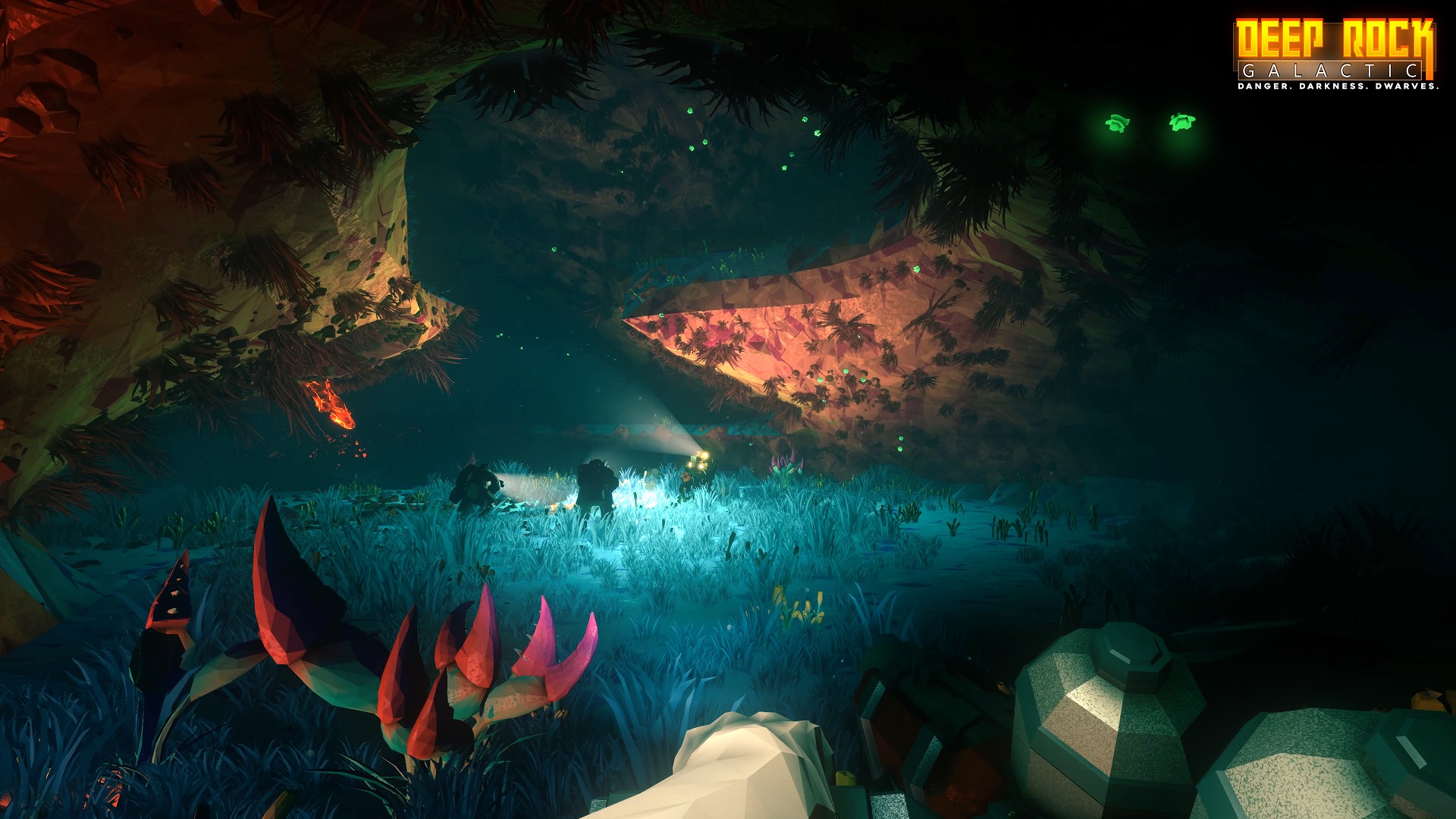 Darkness
It really is dark there in the underground caverns. Deep Rock Galactic's lighting system is impressive and you will need to depend on your regenerating pool of flares in order to navigate you way through the caves and avoid the hidden dangers. One of the most valuable abilities to be found in your crew's aresnal is the Scout's powerful flare gun that can light up a whole cavern. You will realise how much you take it for granted when you don't have a Scout in your party.

The darkness also allows for some thrilling moments as you throw out a flare to light up a tunnel only to discover a swarm of bugs rushing at you out of the dark. There is also a sense of wonder that the game produces in its sometimes massive, crystal lined caverns. The scale of it all keeps lends to the joy of discovery you find in each jourey down into the dark. 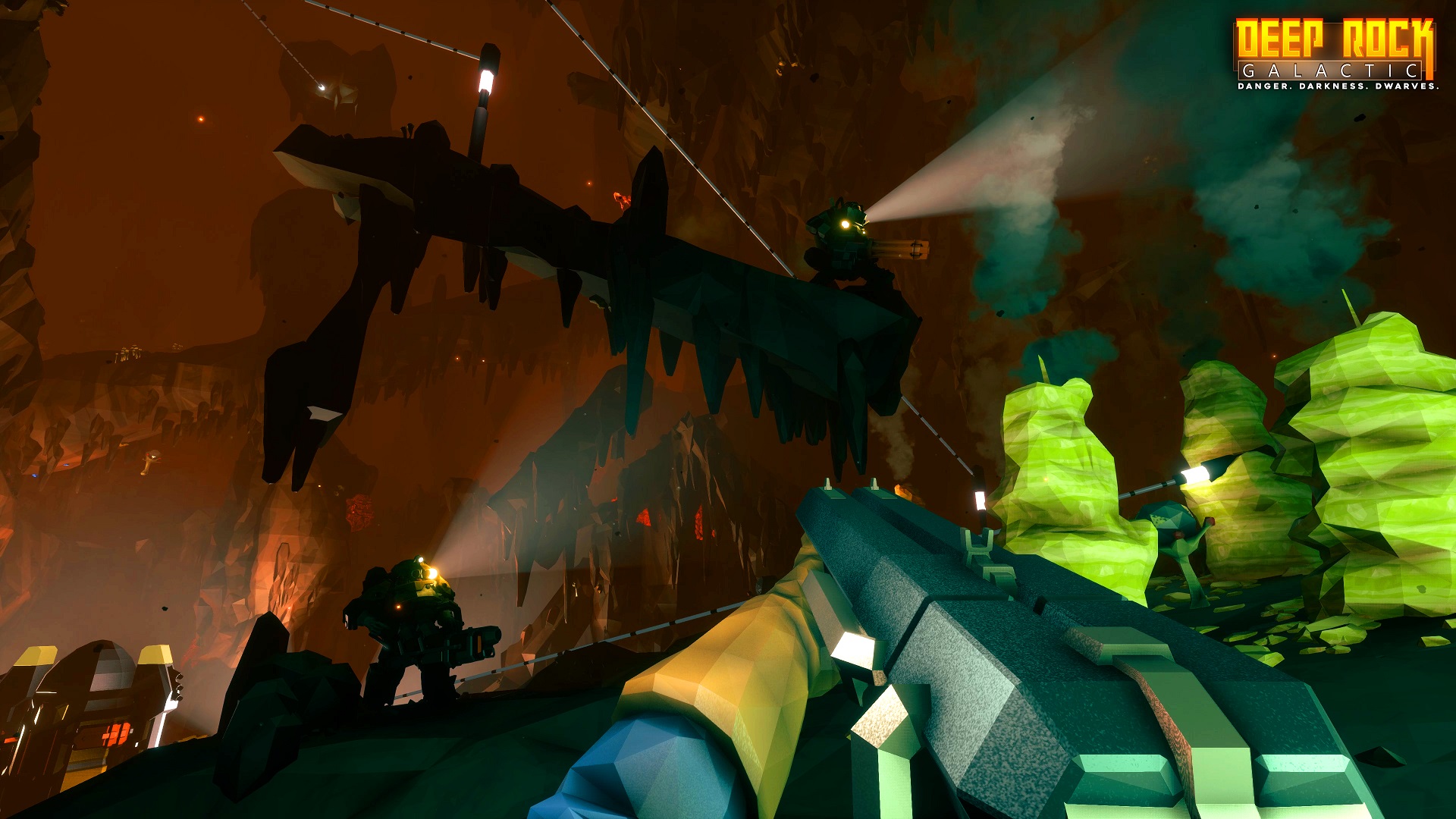 Dwarves
There are four different character classes available for you to choose from as you form your mining party. Scout, Gunner, Driller and Engineer. Each class has an assortment of powerful weapons and handy tools to aid in exploring and exploiting the mineral-rich caves. Scouts can light up the huge caverns with their flare guns while dealing damage with their beastly shotgun. They are also able to use a grapple hook to move about the place. Gunners come packing with a solid mini-gun and high-calibre pistol to blast the Glyphid bugs as well as zip-lines to aid in cave traversal. Drillers use their high-powered drills to chew through the rock (very handy indeed) and carry a flamethrower to defend against the attacking waves of bugs. Lastly, the Engineer comes equipped with sentry turrets that can be placed to defend the area, a decent auto-shotgun and instant-platforms that can be shot onto the wall to provide climbing holds.

You can tackle the caves alone or form up a team of four to tackle the dangerous caves and grab the precious minerals. 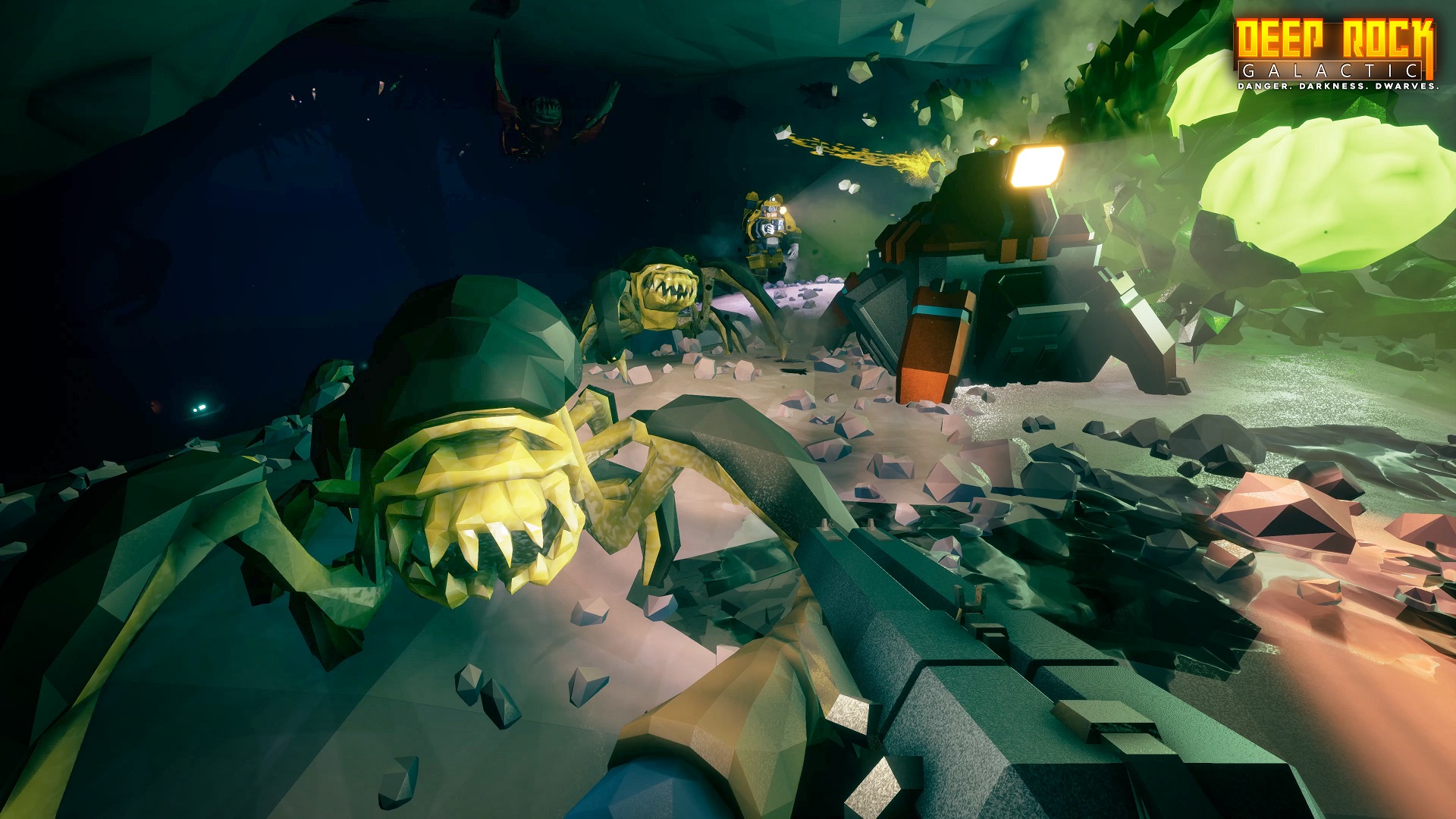 Already good work-in-progress
Deep Rock Galactic is in Early Access but the amount of content and polish it possesses if worthy of a full-release game. The advantage of the Early Access moniker is that it means a fairly steady stream of content and improvements are being added to the game. Recently mutators were added can grant huge benefits or hazardous conditions to the already varied cavern types. In other words there is plenty to keep you busy and interested in the game. The game is available on Steam for R269 and on Xbox for R289 with the Xbox version being a play-anywhere title and allowing cross-platform play (but only with Windows 10 Store versions of the game). 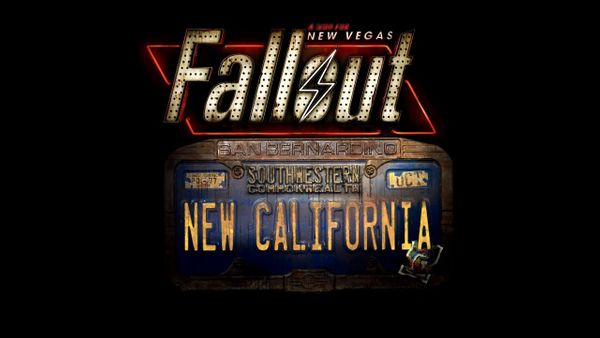 Fallout: New California is a total conversion mod for Fallout: New Vegas that has been in development for some time and is set to finally release in October. About a 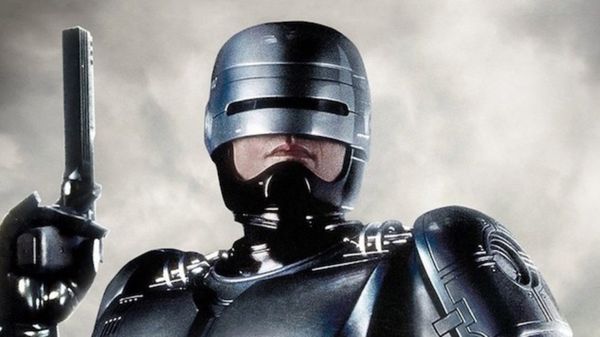 Anarchy reigns with the fate of Detroit hanging in the balance as RoboCop makes his return to fight crime and corruption.