The team behind the mod released the first official full trailer yesterday. Talk about first impressions.

According to the official subreddit "the scale of the project is comparable to an official expansion, featuring new quests that challenge the morality of players, detailed locations, exotic new items, and various factions vying for control."

We have a dedicated team of developers working tirelessly to bring to the world of Miami Beach to life for you.

Players will journey to the post-nuclear vacation wasteland of Miami Beach and experience a story of the conflicts that arise between personal freedom and imposed order.

Although the team has been at it for a while already there is still a lot of work to be done and the mod has no release date yet. They are also looking for more people to work on the project so if you think you have what it takes to help make this a reality go ahead and apply right here.

There is an official website where you can read up on some of the lore already established for the mod as well check out some screenshots and keep up with the development. The faction they've shown off so far, the Tide Riders, looks really interesting and well-thought-out and I can't wait to see what others factions we will be encountering in the vacation wasteland. 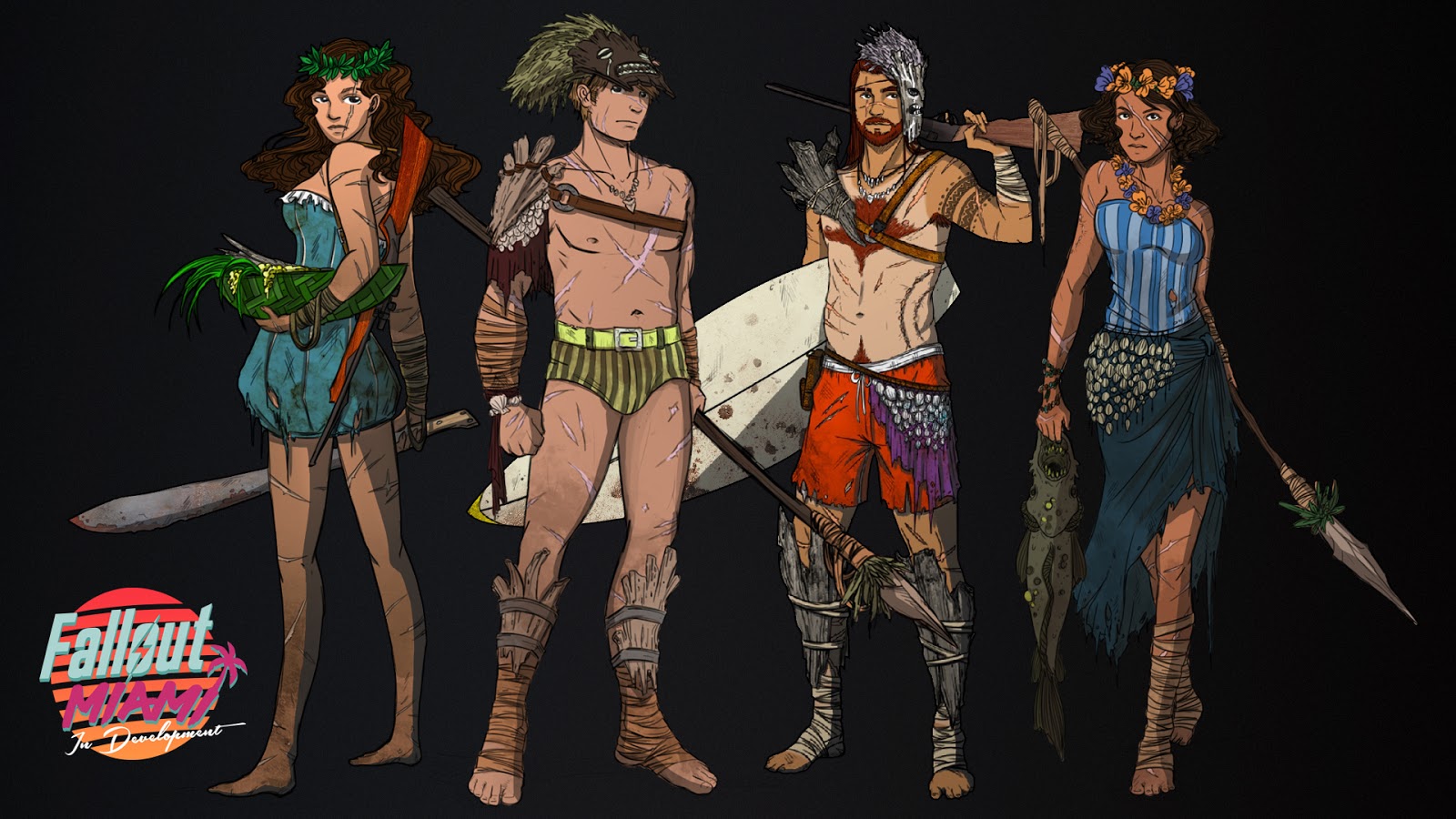 The quality of the work shown thus far really speaks for itself. Just look at that awesome logo. This has the potential to be something really special and I will be keeping a close eye on the development myself.