While we South Africans enjoyed a short work week last week, the rest of the gaming world chugged along, bringing with it more news articles. We round up some articles you should know about.

The closure of Telltale has hit the gaming world, and its former employees, like a brick. The sudden closure of the company, however, may have been unlawful according to US State Law, and many former Telltale employees are now suing the company for not providing adequate notice of layoffs.

Red Dead Redemption 2 will have around 200 species of animals

In a tweet from the Rockstar account, the developers have confirmed that there will be about 200 different species of animals in their upcoming game, Red Dead Redemption. Subsequent tweets have revealed some of the animals, which includes coyotes, bears, fish, lizards and birds of various kinds.

Vivendi announces they're selling off all Ubisoft stock by March 7, 2019

After many years of battling a corporate takeover, Ubisoft has emerged victorious. Vivendi, the company that has tried their best to take over Ubisoft, has decided to sell all its shares in the company by March next year.

Total War: Rome 2 is getting review-bombed on Steam because of women generals

In another showing of how stupid people can be on the internet, Total War: Rome 2 is getting review bombed on Steam due to what some have perceived as an increase in women generals spawning. The complaints circle around the idea that this makes the game less historically accurate. However, the developers have confirmed that the spawn rates have not changes, and even some factions within the game cannot spawn women as generals.

Bethesda’s next upcoming game, Fallout 76, will have a beta starting on October 23 for Xbox One. The beta will be extended to other platforms on 30 October. The aim of the beta is to stress test server loads during this time frame, so expect some disconnection errors if you plan on joining the beta. As far as we know, the beta will include most of the final game content, with some limitations to missions and areas.

And that’s the news roundup for this week. And remember, stay informed!

As usual Cape Town seems to miss out on all the fun, Comicon and rAge, even though we have EGE (which was skipped by myself since the previous year was so rather underwhelming). But prepare yourself, PLAYTOPIA is coming to the Mother city and is being held in the Castle of Good Hope. 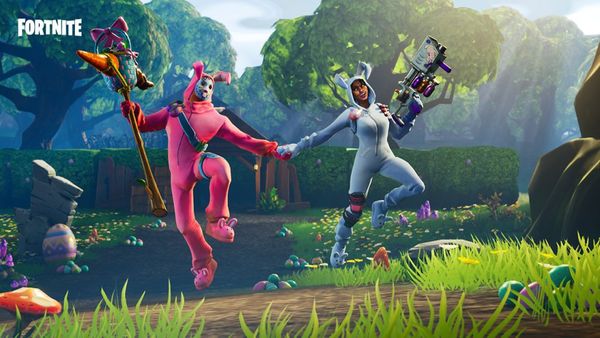 Sony has finally given in and is allowing Cross Play support on Fortnite after Major public backlash these past few months. Sony Posted on their blog stating that cross play