The next instalment in the Tomb Raider franchise will be called Shadow of the Tomb Raider, according to information found on the announcement website.

Square Enix shared a new website teasing the reveal of the next instalment in the Tomb Raider franchise. This website, that can be seen here, is an innocent looking site, showing only a logo, a date and time for when the reveal will happen.

A twitter user by the name of Nibel started digging in the HTML of this website, and found a whole bunch of information about the game. Firstly, the code shows that the game is called Shadow of the Tomb Raider, and there is a release date set for 14 September 2018. Nibel also found information about the platforms the game will be available on. A line of code shows that the game will be available on Xbox One, PS4 and PC, indicating that this version will not be an exclusive title.

Naturally, not everyone on the internet can be believed at face value, so I did my own digging. I set out to find these lines of code showing this information. Using Google Chrome's developer view, I indeed found that code as well. Below is the screenshot I took of the code highlighted. 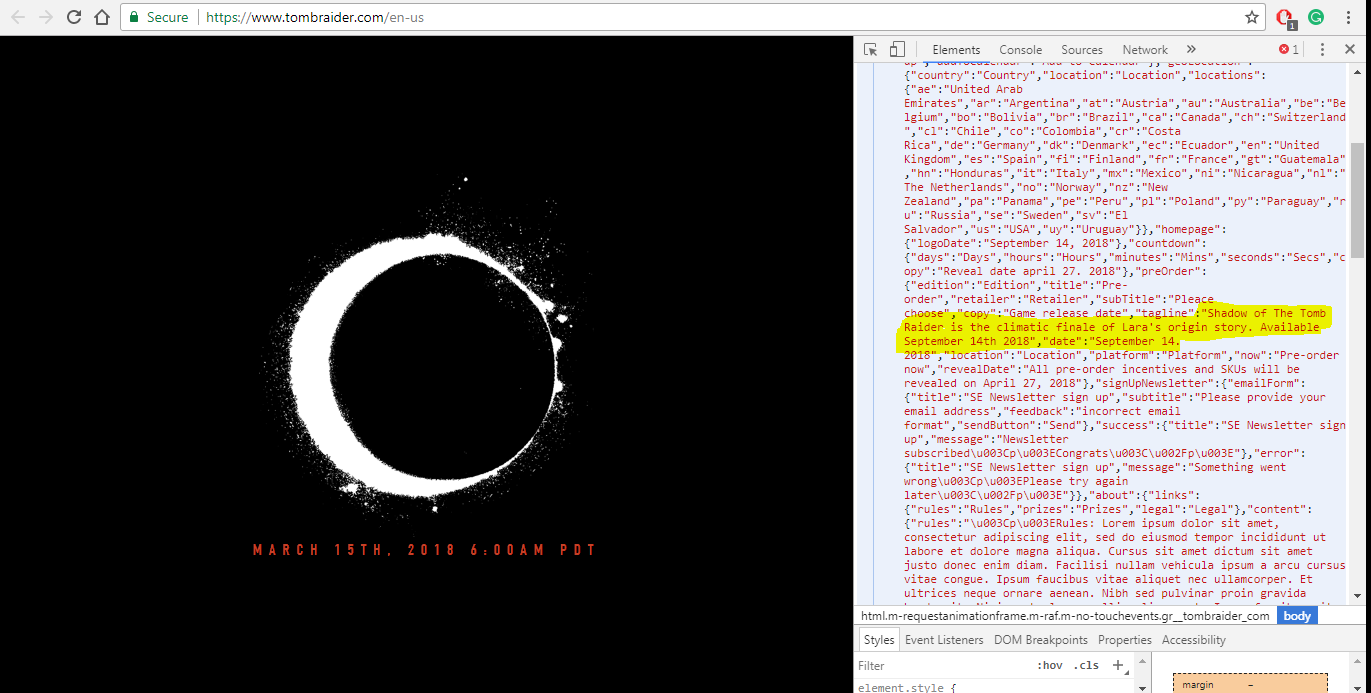 It looks like the leak is real. We'll only know for certain later on today when the actual reveal happens.