As a quick overview, Pillars of Eternity II is an isometric RPG and is seen as the spiritual successor of the incredible Baldours Gate series. Pillars of Eternity II continues directly after the end of the previous game, where you play as a "Watcher", a character with the ability to look into other people's souls and read their memories, as well as the ones of their past lives.

Pillars of Eternity II is currently sitting with a Metacritic Score of 88 and an Opencritic score of 90. These scores are currently better than the first game on both the score aggregation sites.

Here are some quotes from what critics has to say about the game.

In Tyranny, evil wins because good is dumb. In Pillars of Eternity II: Deadfire, good is too busy plotting and scheming to realize what the right thing is to do — whether in the halls of the gods or the dens, warrens, and courts of the kith. It’s at its best when you’re in these conversations, making choices like you’re in a Choose Your Own Adventure novel, drinking in the results and reckoning with each decision you make.

Deadfire is dense, and it isn't a small game, easily dwarfing its predecessor in terms of scale. There's a lot to do, and it's easier than ever to get lost in the little stories you find, without following the arcs that the game has specially set out for you. Still, it's worth taking your time. The richness of Deadfire takes a while to appreciate, and like the brined sailors that call it come, you'll be left with an indelible attachment to these islands when you do finally step away.

Pillars of Eternity 2: Deadfire improves upon the Pillars of Eternity formula in nearly every way, creating an RPG loaded with both strong combat and important, character-defining choices that frequently have an impact on your numerous and deep side-story adventures. A refreshingly different island setting makes it feel dramatically distinct, though travel can be laborious because of unavoidable and repetitive nautical encounters. From a long list of quality-of-life upgrades to a new and impressive attention on companions and their relationships and an astonishing commitment to immersive storytelling and roleplaying, this sequel takes a strong step forward past its predecessor and presents exciting possibilities for the genre going forward.

Pillars of Eternity II: Deadfire is currently available on PC, with Nintendo Switch, Xbox One and PlayStation 4 versions coming later this year. 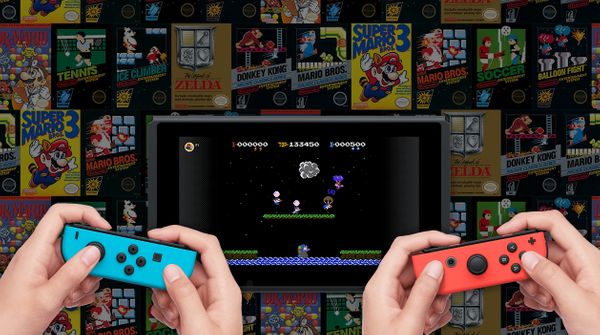 Nintendo has announced an online subscription service for its Switch console which will function much the same as PlayStation Network and Xbox Live Gold.