Imagine Factorio, Subnautica, and Space Engineers somehow merged and blended their digital DNA. Now try to visualize the hybrid game that would emerge once the blender is switched off. I’m going to suggest that what you’re seeing in your mind’s eye right now is pretty close to what developer Coffee Stain Studios hopes for their soon to be in Early Access new title Satisfactory.

Satisfactory is a first person view open-world 3D factory building sim. You play as an Exoplanetary Pioneer for FICSIT Incorporated. You are dropped onto an alien planet tasked to contribute resources and materials to complete the enigmatically named “Project Assembly” – a massive machine being built by your employers off-planet for a mysterious purpose.

Steve, the stressed but ambitious assistant to the company CEO, explains it like this:

Welcome to FICSIT Incorporated! A company specialised in the research, development and application of new technology and science, anything to find short-term solutions to long-term problems! As part of our brand-new Save The Day program, you'll be sent to one of many alien planets in an effort to contribute to Project Assembly, a project I am legally bound to not tell you anything about for fear of our lives. And my job.

As an engineer and pioneer, you won't only be constructing and automating the very factory that will contribute to Project Assembly, but also explore and exploit the planet and its inhabitants as you expand. Don't worry, we’re super inclusive when it comes to alien lifeforms! We'll even allow for pets, how cool is that!? Just don't tell R&D.

The subtle humour and irreverence can be found throughout the game and its support materials. From the FAQ

(Q) The spider things creeped me out. I’m arachnophobic and can’t play games with spiders in them. Does that mean I can’t play the game?
(A) You can. I’m also arachnophobic. So I made an “Arachnophobia Mode” which turns the spiders into cute cat sprites. I spent two hours on it so it looks terrible, but at least they aren’t spiders anymore. But I guess you probably shouldn’t watch the trailer again.

The FAQ will also tell you that Satisfactory is being made by the original Coffee Stain Studios, and not by one of their developer subsidiaries who they publish for (Like Ghost Ship Games’ Deep Rock Galactic and Gone North Games’ A Story About My Uncle).

Satisfactory will be the third IP that Coffee Stain Studios brings to market after the company founded in 2010 by nine Swedish university students turned Sanctum, their well-received Unreal Tournament 3 mod, into a standalone game and a sequel. They followed that with the insanely popular and commercially successful Goat Simulator and its myriad addons and DLC.

I’ve been following the game’s progress since I saw its E3 2018 Reveal Trailer. Late last year, when Coffee Stain and its IP were bought by THQ Nordic, I wondered if the irreverence and occasional bit of off-colour humour would be reigned in under the new corporate overlords. I’m pleased to say that it doesn’t seem to have been at all. Witness the recently released Early Access Launch Date Trailer:

The games’ official Twitter handle remains unrepentantly @SatisfactoryAF and Community Manager Jace Varlet continues to approach his position exactly as he did before the buyout.

That Early Access release next week will be exclusively available on the Epic Games Store. Much like the Deep Silver release of Metro Exodus earlier this year, Coffee Stain did have a store page for the game on Steam for some time (no sales through Steam though as the game has only been available in limited Alpha so far).

Also, much like Deep Silver, after signing a 12-month exclusivity agreement with the Epic Games Store and closing the Steam page, Coffee Stain were bombarded with cries of “sell-outs” and complaints from many anti-Epic gamers.

In his Q&A video diary after the announcement was made, Varlet was direct and sincere in his response to the “Why?” question. In addition to the long-standing relationship the studio has with Epic through their (near exclusive) use of Unreal Engine since the studio began and various other reasons, he adds “Yes, (we also got) cash money. We got payment for the exclusivity deal.” He continues to explain that the cash injection gives the studio a certain measure of stability and “guarantees that we can keep going and will be fine after making Satisfactory.”

Over 30 000 people registered for Alpha Access keys last year. Wanting to carefully manage the amount and quality of feedback and the user scale of the games’ rough alpha state over the 6-odd month Alpha period, Coffee Stain drip-released only around 9 000 keys to those people.

The Alpha period has now ended and, rather than continue into a limited Beta phase, they have decided to take the game into public Early Access and give all pre-order buyers immediate access to the game.

We’ve reached the point in development where we feel ready to open the game up to the public. There are still a bunch of performance, design and visual issues and the game is far from perfect. Having said that the game is in a state where you can have a lot of fun and enjoy tons of hours of gameplay, single or multiplayer. If you are into building factories and adventure in a vast unexplored world, we think that you are going to like Satisfactory a lot!
What we are launching with:
* 6 tiers full of milestones that unlocks machines, resources, equipment and vehicles
* 3 different starting areas/biomes on a large handcrafted world (30km2)
* Vehicles with automation capabilities
* Equipment and weapons
* Alien creatures
* Multiplayer (still in a bit funky state but it’s Playable and Fun™)

And while the content in the Early Access release is nowhere near a complete game, EA owners will receive regular content and gameplay updates throughout the remaining development period. The games’ Roadmap highlights the first two updates scheduled as soon as the end of April and the end of May, and includes the promise of both Mod Support and Dedicated Servers further down the line:

It's important to note that we want the roadmap to be a living thing that can change depending on your feedback and how things progress. When we’ve launched into Early Access and see how all of you play the game we will probably update the roadmap.

I managed to spend a little time with an “Early Early Access” release of the game this past weekend (Coffee Stain issued weekend use keys to all those who had registered for Alpha Access keys but, like me, hadn’t been fortunate enough to receive one). And even though I only had limited time with the game, and didn’t progress very far at all, I had an absolute blast with the title.

The early game content is limited. Much of the initial play is grindy busy work. There are some niggly little graphical hiccups. But the potential for a deep and engaging game was very apparent to me from the very beginning. The R&D tree and Tier unlocks make sense and push you to progress your game in order to get to the higher Tiers and gain access to more useful resources, better and more efficient tools and machines, and greater production requirements from your factory.

Adding that 3rd dimension to the factory building genre is brilliant, as is the ability to build those factories vertically. The ability—and some cases, the necessity—to think about and to plan and build your production facilities vertically is fantastic. I spent a good part of my time with the game building a 10-high stack of storage containers and then trying to figure out how best to optimise my conveyor belts to feed that stack continuously.

The games’ graphical levels, animations and detail are also excellent. I couldn’t resist setting up a Portable Miner over and over again just to watch its awesome startup animation.

The alien environment in which you play, and the creatures that you encounter are equally gorgeous. Many of the planet’s fauna are damn aggressive—I died regularly to attacks by Fluffy-tailed Hog and Fire Spitters. Fortunately, respawning after a death is rapid, and all the items you were carrying at the time of your death are stored in a Death Loot Box at the location you died, and easy enough to find using the skull icon on the HUD compass.

Not all of the creatures are aggressive though. Some seem to just exist in order to bring variety to the world. I followed this giant Manta Ray-like Kite thing around for a while (until I walked unseeingly into an area where a weird flower-like thing oozing a poisonous gas killed me.)

Overall, it was a really enjoyable introduction to the game. Since the weekend, I’ve found myself thinking a lot about the game and how I’m going to approach things next week when I get Early Access. Better places to establish my initial base, smarter ways to run my conveyor belts and power lines, other things to try and to test in order to improve efficiencies.

And when a game can hold my attention outside of when I’m actually playing it like that, I know it’s going to become one of those games that somehow manages to steal large chunks of my life without me even realising it. Rather than fight it, I’ve decided to embrace it. After all, to “Construct, Automate, Explore & Exploit” is the least that my employers expect from me.

Satisfactory is available now for Early Access Pre-Purchase (Early Access releasing 19 March) exclusively on the Epic Games Store for $26.99. (While regional pricing is in effect on the game, the price reduction for local buyers is not that exciting sadly. We do get the game priced lower, but it’s not much more than an effective 10% discount.) 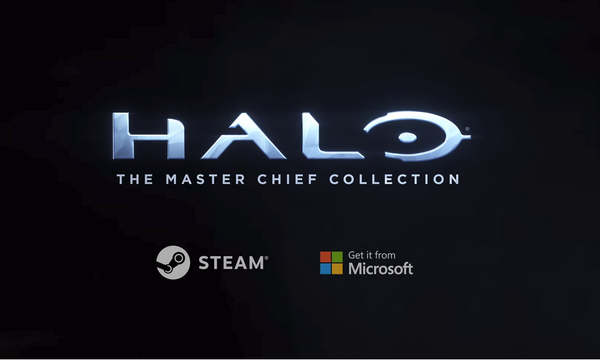 Halo: The Master Chief Collection Including Halo: Reach is coming to PC including steam.