Aladdin remained the biggest earner this week. Toy Story 4 entered the charts in second place after its opening weekend (21–23 June), kicking Godzilla: King Of The Monsters off the top 10.

All the other movies charted last week, though there was a lot of movement:

(For those outside South Africa: Ster-Kinekor Theatres is a wholly-owned subsidiary of Primedia and lays claim to being the largest movie exhibitor on the African continent. The company operates 55 commercial cinema complexes in South Africa, with seven international sites based in Namibia, Zambia and Zimbabwe.

The following films are releasing in South Africa this week (officially: 28 June).

Annabelle Comes Home, which was featured in this month's "Big Skream" horror pre-screening in Capegate, Mall of Africa, Eastgate, Gateway and Baywest.

In this frightening new instalment from the Conjuring Universe, demonologists Ed and Lorraine Warren bring home Annabelle, the possessed doll. They lock her behind sacred glass in a room containing their collection of cursed and haunted ritual artefacts; but despite enlisting a priest's holy blessing, an unholy night of horror awaits them. Annabelle awakens the evil spirits in the room, who all set their sights on a new target—the Warren's ten-year-old daughter, Judy, and her friends.

Stockholm is based on the absurd but true story of a 1973 bank heist and hostage crisis documented in the 1974 New Yorker article "The Bank Drama" by Daniel Lang. The film follows Lars Nystrom, (Ethan Hawke) who dons a disguise to raid a central Stockholm bank. He then takes hostages in order to spring his pal Gunnar (Mark Strong) from prison. One of the hostages includes Bianca (Noomi Rapace), a wife and mother of two. Negotiations with detectives hits a wall when (at the request of the Prime Minister) the police refuse to let Lars leave in a getaway car with the hostages. As hours turn into days, Lars alternates between threatening the hostages and making them feel comfortable and secure. The hostages develop an uneasy relationship with their captor, which is particularly complex for Bianca, who develops a strong bond with Lars as she witnesses his caring nature. This connection gave rise to the psychological phenomenon known as "Stockholm syndrome".

What if the only way two young Kwazulu Natal boys can defeat the bullying local crime lord who's threatening their families, is through their belief that one can be a Bollywood hero. Feisty Ticky is like a tjara artful dodger - cheeky and daring with a streetwise swagger and little respect for rules. He escapes the realities of his 80's Sugarhill District existence by living in a Bollywood dream world where he's an unbeatable action hero. Rooftops are his kingdom. When chubby, timid Baboo moves into the neighbourhood with his snooty, academic dad, Ticky thinks he's the biggest loser he's ever seen - but soon the two boys are drawn together by the shared threat of local bully and crime boss, Raja. These two nine year-old misfits decide to rid their community of the evil Raja. Their plan - emulate the antics and mannerisms of Bollywood hereos. The battle between escapism and harsh reality is not evenly matched, yet these heroes share a loyalty so special that it can conquer all.

Article 15 is set in a tehsil called Lalgoan, somewhere in Uttar Pradesh (India). This is a story of an IPS officer, Ayan Ranjan and his fight against 'India's caste system'. Raised all over Europe, Ayan's understanding of India is mostly bookish and exotic. Little did he know that a small tehsil would turn his life upside down. First day in office, Ayan witnesses a horrific crime against three Dalit minor girls from a lower caste village Harimanpur. From this moment on, he gets entangled between how the traditional system would deal with it, and his basic human instincts that threaten to draw him deep inside. While struggling to maintain his relationship with his wife Aditi, a conflicted Ayan can see the law and justice drift away easily, knowing perfectly well that any effort from his side to obstruct this perfectly oiled machine and its psychology will be catastrophic. With one of the three girls still being missing, and the opportunity to let this case go through inertly, Ayan would need to choose between a path, where he can either come of age or take an easy escape route which most of us prefer. The film's title is a reference to an article of the Indian constitution that prohibits discrimination on the basis of caste, religion, race or sex.

South Africa's cinema chains have also announced that they will begin screening the live-action Disney remake of The Lion King on 19 July.

Ster-Kinekor has a screening the night before the official release, 18 July, at 20:30 in Gauteng at the Mall of Africa.

Soundgarden: Live from the Artists Den

IMAX, operated by Ster-Kinekor in South Africa, will be showing Soundgarden: Live from the Artists Den on 1 July 2019.

Soundgarden along with The Chris Cornell Estate today announced a partnership with IMAX Corporation to bring Soundgarden: Live from the Artists Den — a never-before-seen theatrical experience capturing its famed February 2013 performance at The Wiltern in Los Angeles — exclusively to IMAX theatres around the world for a special one-night event on July 1, 2019. IMAX digitally re-mastered the seminal, 21-song performance to be released in more than 30 markets around the world, from Argentina to India to the United States. 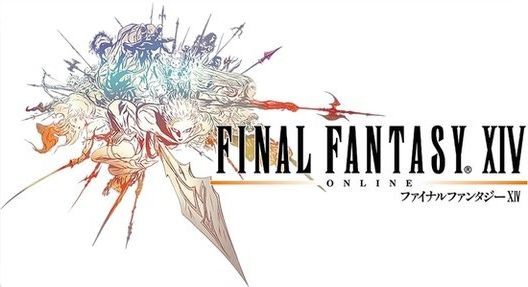 Square Enix and Sony are developing a live-action Final Fantasy TV series with Hivemind, the production company behind The Expanse and Netflix's The Witcher. #FFXIV #FinalFantasy 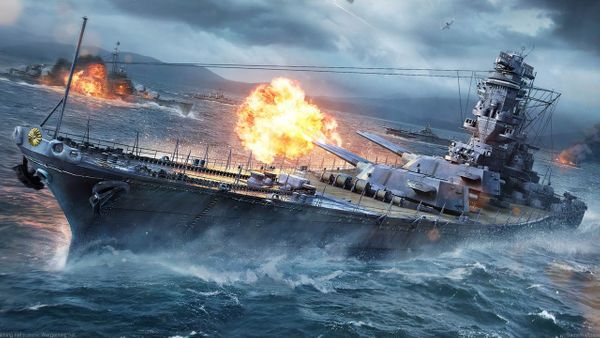 If there weren't enough battle royale games and modes everywhere, here's another, albeit set at sea. #worldofwarships #battleroyale